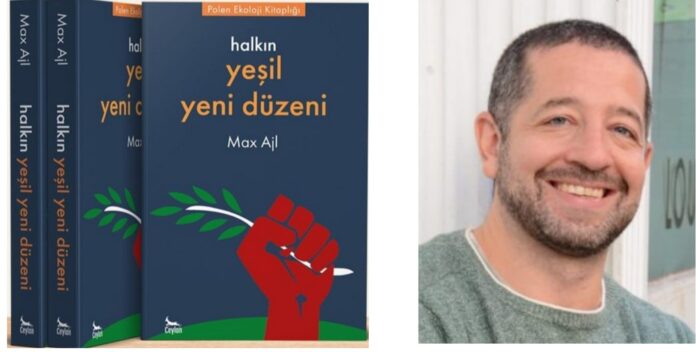 As I write, NATO proxy wars burn up Ukraine and Yemen, sanctions asphyxiate Iran and Zimbabwe, global warming marches apace, and neoliberal capitalism as a system of political rule has lost its mooring in the minds of people South and North alike. Against this shatter-scape, in 2022, three things have become crystal clear about the climate crisis, and the broader crisis of social reproduction, created by imperialism, with which it is bound. One: the dominant faction of the global ruling class, particularly the United States-European Union-Japan triad, is uninterested in “green transition” measures which could secure the future of non-human nature in the form it currently exists. Two, this means they have decided on a policy of mounting destruction for the peripheries and temperate and tropical zones of the planet. Three, the shimmer of social democratic paths to structural reform in core and periphery alike has proven a mirage: the former lacked social power or anti-systemic threat to coax the core ruling class into accepting real redistribution, let alone green populism. The latter, although intolerable to imperialism, seems unable to fully respond to crises of ecological and social reproduction, absent further advance against extant internal contradictions.

Consider each in turn, as context against which to read or re-read the words in A People’s Green New Deal, originally drafted in 2020. First, the unarguable socio-ecological context from the Intergovernmental Panel on Climate Change. Words which were already alarms in 2019-2020 about the extent of climate change have become klaxons: “Widespread, pervasive impacts to ecosystems, people, settlements, and infrastructure have resulted from observed increases in the frequency and intensity of climate and weather extremes, including hot extremes on land and in the ocean, heavy precipitation events, drought and fire weather.” It added, “Widespread deterioration of ecosystem structure and function, resilience and natural adaptive capacity, as well as shifts in seasonal timing have occurred due to climate change…with adverse socioeconomic consequences.” This is what is happening. So what is to be done, from the perspective of working-class people in the periphery and core alike who want bread, land, peace, and also hospitals, healthcare, adequate transportation systems, and to enjoy the arts and cultures of their civilizations, and others?

Against this background, the planet is plainly “on course” to achieve 2 Degrees Celsius or more of average heating. “On course” is an apt metaphor: the planet, or its climate, is a ship moving through time, and there is the possibility of steering its course away from or towards that danger zone – keeping in mind that just as with a ship on the high seas, nature can always intervene, and in catastrophic ways: runaway global warming, inducing changes which would make any form of modern industrial life impossible, is always a possibility. On course is also apt because it reminds us who is at the tiller: the Euro-American ruling classes, primarily. On course is further apt because it reminds us that who is at the tiller is a political and social choice, a power struggle: that tiller can be ripped from the hands of the Euro-American ruling classes and monopoly capital, the primary culpable parties for the climate crisis and the broader crisis of social reproduction.

Yet, they are not doing so. Even the IPCC report itself reports that “Most observed adaptation is fragmented, small in scale, incremental, sector-specific, designed to respond to current impacts or near-term risks, and focused more on planning rather than implementation,” while “adaptation is unequally distributed across regions,” while “gaps are partially driven by widening disparities between the estimated costs of adaptation and documented finance allocated to adaptation…The largest adaptation gaps exist among lower income population groups.” These are the words of the most delicately conservative, cautious, and hesitant climate scientists, sketching out scenarios and probabilities. Translated from icy technocratese, there is little adaptation ongoing to climate change, and poorer and more vulnerable and more hammered countries are adapting less. Meanwhile, “time” is running out for the poorest: “There is a rapidly narrowing window of opportunity to enable climate resilient development.”

Against this background, the US and the EU are doing next-to-nothing: in terms of climate adaptation, in terms of climate financing, in terms of CO2 reduction, in terms of renewable energy installation, in terms of public transit, let alone in terms of demilitarization, capital grants, removal of intellectual property rights. This is the case simply because climate change, they are gambling, will primarily be a peripheral phenomenon, not a core phenomenon: it will crash down upon the poorer nations, and not mostly upon the richer ones. To the extent the latter occurs, they will adapt and harden borders and seafronts. And the truly catastrophic northern impacts will be avoided through the slow magic of decoupling-induced clean energy transition. And there will be evasion or avoidance of the catastrophic southern impacts, manifest through ecologically unequal exchange.

This has become most clear in the Turkish situation through the systematic export of plastic waste, creating a crisis of carcinogens in Turkish soil almost without precedent. This phenomenon is a broader example of the under-reproduction of what Archana Prasad calls “socially useful nature” in the periphery of the world system, precisely in the service of preserving “socially useful nature” in the core of the world system. A corollary of this expression of the law of value is shifting waste burdens from North to South, fattening northern profits and wrenching apart southern lives. The under-reproduction of southern lives, their diminished capacity, their consumption and metabolism in the maw and gut of imperialist monopoly capital, are nothing new. They have been the order of the day since the colonial period of mercantilist genocide and the slave trade. These are not “externalities”: they are already part of the capital relation. Nature is already social, its values and non-valuation and the under-reproduction of southern natures are already part of the global law of value and part of the forward-looking valuations of northern monopoly capital. The destruction of southern life is less a consequence of the current path of capitalist-imperialist uneven development, and more a holistic element of that process and its power relations. Droughts, typhoons, and potentially massive mineral extraction or future carbon-farming efforts, with attendant death and under-reproduction through cancer plagues or nutritional shortfalls, are not something which may happen but something more or less priced into northern wealth, power, and accumulation. This is the essence of point two: northern disinterest in seriously taking steps to deal with climate change and to arrest or reverse southern underdevelopment will not be dealt with by scientific bewailing of the “narrowing window of opportunity.” They require social change and social control, the active self-organization of the peripheral working, semi-proletarianized, peasant, or jobless classes to gain collective power and crystallize that power in developmental states which can build eco-socialism.

This takes us to point three: the current political tableau. The last 25 years have seen attempts to build social democracy or install social-democratic political forces in the North and the South. In the South, these experiments have a radical and anti-systemic edge, precisely because they pose zero-sum games with respect to local and international monopoly capital. Giving to the local poor means taking from the local neocolonial rich and their international accomplices and benefactors. In the North, they represent a kaleidoscope of politics, but converge on disdaining to directly confront capital, or on directly confronting imperialism. In the South, ecological programs have sometimes taken on a revolutionary edge: from people’s science movements and calls for appropriate technology alongside national industrialization in India and the Philippines, to calls for comprehensive debt repayments, the end of capitalism, and food sovereignty in a programmatic national liberation framework, as has been the case in calls from Bolivia and Venezuela. In their northern ecological varieties, they have converged on a variety of “Green New Deals,” some going on about decolonization and Indigeneity, others chirping about debt cancellation, yet none directly calling for ecological debt repayments to the tune of $1-3 trillion a year, none calling for northern support for southern self-determination, national sovereignty, and national liberation, and none willing to theorize let alone call for opposition to imperialism. For all this moderation and willingness to compromise on fundamental southern demands for dignity and socialism, each and every one of these northern political movements has been rejected by northern monopoly capital, and their legacies largely evaporated or left in ruin, leaving organizers dispirited and core working classes poorer than ever.

What is to be done is a political question, to be addressed locally, nationally, and eventually internationally through a revolutionary politics. It is clear, however, that resolving ecological questions in the core, semi-periphery, and periphery alike cannot proceed without addressing the national question: the bundle of political and social problems associated with state-level self-determination and national liberation, and just solutions to the “national and minority questions” within peripheries and semi-peripheries, and indeed within the core as well. This takes distinct forms, depending on the texture of the problem: principled support for national liberation against settler-monopoly capitalism in Palestine; principled opposition to monopoly-capitalist and imperialist sanctions, or unilateral coercive measures, which now sprawl over the world, from Russia to Zimbabwe to Iran to Venezuela, indeed, in almost any “hot zone” where NATO finds the current political order and the system of accumulation and social reproduction it regulates distasteful. This means, for example, that the Kurdish struggle in Turkey cannot be regarded as “outside” ecology, but rather that the ecological crisis can only be addressed when questions of national repression and national struggle, whether they take the form of cultural self-determination or national liberation unfurling against imperialism, are understood as constitutive of the broader struggle for social control over the human-nature metabolism. Forging such an alliance, with its unity in difference, is the political challenge of our day. It is to that effort that this book has, I hope, made a contribution, at least in identifying central elements of a socialist ecological politics and divergent and convergent burdens of struggle across the world system that can enable the poor of the planet to reach global developmental convergence in the 21st century. 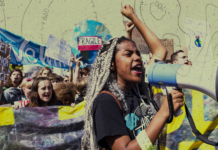 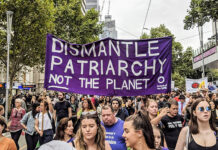 Forces of Reproduction: Socialist Ecofeminism and the Global Ecological Crisis

Ecological Crisis, Global Capital and the Reinvention of Nature: A Perspective from the Global South 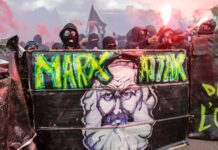 Imperialism is the Arsonist: Marxism’s Contribution to Ecological Literatures and Struggles 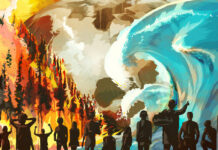